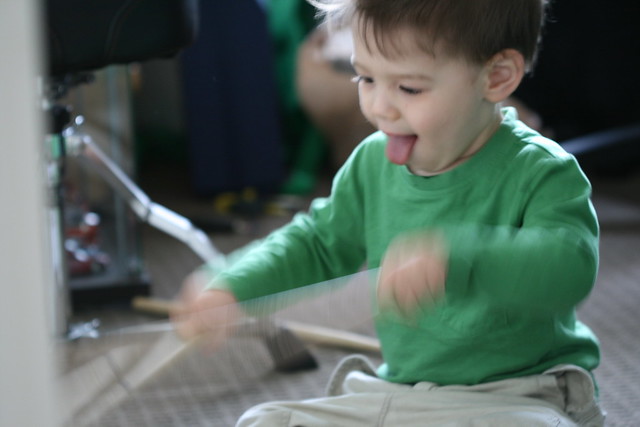 The LDB Game is a social game wherein you lose when you realize that you've heard any version of the Little Drummer Boy song.
(You can see see some people reporting their success/failures on Twitter by searching for #LDB.)

Persons of honor.
(Liars, cheats, and pedantic rules-arguers are dis-invited from playing.)

When Does the Game Start?

When Does the Game End?

(Before the 2011 season, this was the stated ending rule:
"The game is played until midnight on New Year's Eve.
If you have not heard the LDB song by that time, you win!")

If someone plays a version of LDB for an in-person audience for the express purpose of ruining someone's game,
the player has not lost the game.

Whereas you may not force a player's loss by playing the song for an in-person audience,
playing the LDB song via a mass-audience medium (e.g. a radio station) is considered fair game.

If a player is exposed to the LDB song, but has not (yet) recognized it,
anyone may call the player's attention to the song while it is playing.

If you are new to the LDB game, you may purposely listen to the song one time and one time only.

It is considered 'Good Form' to announce any losses to fellow players.
(This especially applies to non-binding losses during the 'Pre-Season'.)
Use the #LDB tag so others may see your progress.

History of the LDB Game

After publishing this site for the 2010 Holiday Season,
I was contacted by several people who claimed to have created the LDB Game around 2000-2001,
and wrote down the rules for their Facebook Group in 2009.

A few of their suggestions have been incorporated for the 2011 and later seasons,
but keep in mind that other LDB players may be playing from a different ruleset.

Note that their version is specifically non-competitive, whereas this version
makes an allowance for the competitive curmudgeons amongst us.